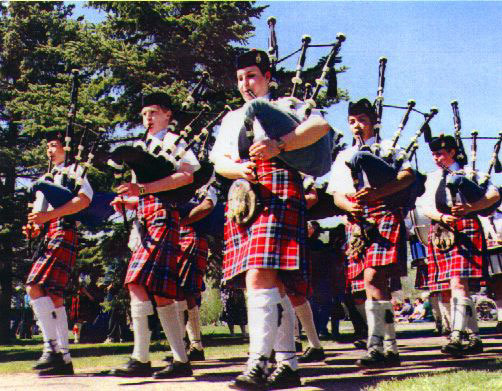 The Conservatory of Performing Arts Pipe Band was started in 1996 as "The City of Regina Grade 4 Pipe Band." The original intent of the band was to provide a training ground for potential Grade 2 band members for the City of Regina Pipe Band.

The band raised money for uniforms and instruments, and starting competing almost immediately, winning prizes in Grade 4 competitions around the prairies. In 1997, the band travelled to Maxville to compete in the North American Championships, and also the Montreal Highland Games.

The band has been assisted by the Queen City Kinsmen Club of Regina, and in 2001-02 the band adopted the name "The Kinsmen Pipe Band" to reflect the Kinsmen support. The official name of the organization is "The Regina Junior Pipe Band, Inc."

In the 2003 competition season, the Kinsmen Pipe Band enjoyed a great season of competition success, including being named "Saskatchewan Champions" on the basis of results at the Regina Highland Games.

In May 2004, the band moved to the Conservatory of Performing Arts at the University of Regina's Centre for Continuing Education. Shortly after, the band was again named "Saskatchewan Champion" in Grade 4 following the Regina Highland Games. 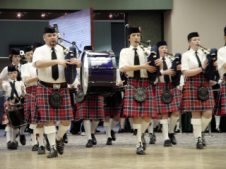 The band continues to travel to Highland Games and perform at community events in the Regina area.